Families with multiple children are struggling to keep their screen time within the recommended limits, new research has found, with calls for more resources to help families navigate the issue.

Current Australian guidelines recommend no screen time at all for children under two years of age, one hour per day for those aged two to four, and two hours daily for children aged five to 12.

But research from the University of Queensland suggests parents of children across multiple age ranges are failing to meet those guidelines.

UQ maternal and child health expert Leigh Tooth led a study looking at almost 2000 mothers and 4543 children aged under 12 to see how they handled screen time. 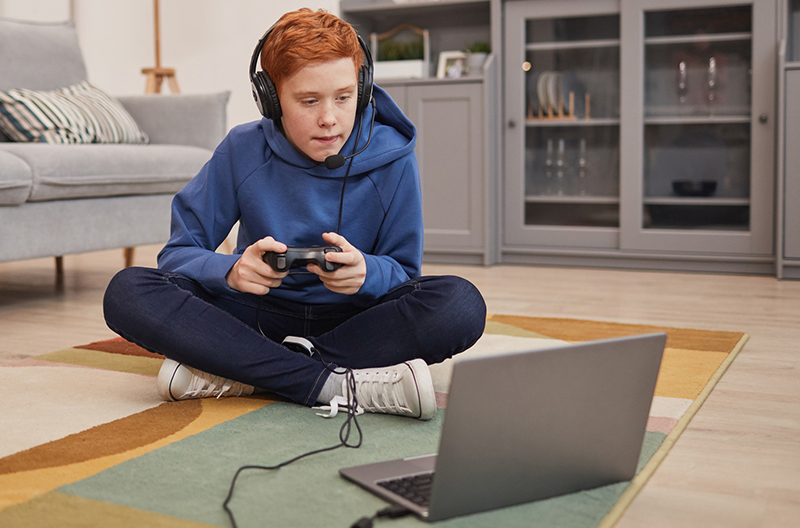 They found that a little over half the families with two or more children in the same age bracket managed to keep their children to the recommended screen-time limits.

That dropped to just 23 per cent for families with children in multiple age brackets.

Professor Tooth said the results showed many families were struggling, especially when they had children whose recommended screen-time limits were different.

“If a parent has two or three or four kids of different ages, and the iPad is on and so is the TV and the XBox, it’s hard to remove their two-year-old from that,” she said.

“Kids aged two to four, we found around 92 per cent of them are exceeding the guidelines, so they’re just doing the screen time of their older siblings, which is two hours or more a day.”

Professor Tooth said the finding was not necessarily surprising, but this was the first time anyone had quantified exactly how bad the problem had become.

National screen-time guidelines are based around preventing children from having sedentary lifestyles, rather than specific harm from watching screens.

Professor Tooth said the issue was complicated by the fact that more educational and enriching content was now available via screens.

“It’s not black and white, but for kids under five, they need play-based activities – they need to be in the sandpit, falling over, exploring their surroundings – to develop their cognitive abilities,” she said.

“But screen time has evolved a lot over the years, and a lot of the early research on the subject was based on just parking a kid in front of a TV. The reality today is a lot more complex.”

Pandemic lockdowns further complicated the issue, with children forced to do both schooling and recreation at home, although the data used in this research predated the pandemic.

Professor Tooth said national health authorities needed to do more to ensure parents could proactively meet the guidelines, rather than just stating them and letting parents figure it out for themselves.

She said in the same way that there were many resources to help people meet diet and exercise recommendations, similar resources should be available to help parents navigate a world in which their children are increasingly exposed to screens.

“There need to be more parenting resources showing how to juggle screen time between multiple kids,” she said.

“I would love to see the guidelines themselves tweaked or changed to reflect the reality of the modern world and having multiple children, rather than the black-and-white thing it is now.”