How to talk to your teen about their online life

One of the worst things parents can say to their teens is "put down your phone".

That's the view of clinical psychologist Dr Kerry Gibson, an associate professor at Auckland University, who has just completed a comprehensive study of 15 to 24-year-olds and mental health.

Teens and young adults typically spend their days learning or working on screens, while their phones have become so multifunctional that they use them to socialise and to connect, to find information and to be entertained.

Parents often complain they can’t get their teen off their phone, they are a zombie on their device, etc. There are also growing concerns about the influence of social media on everything from anxiety to eating disorders. 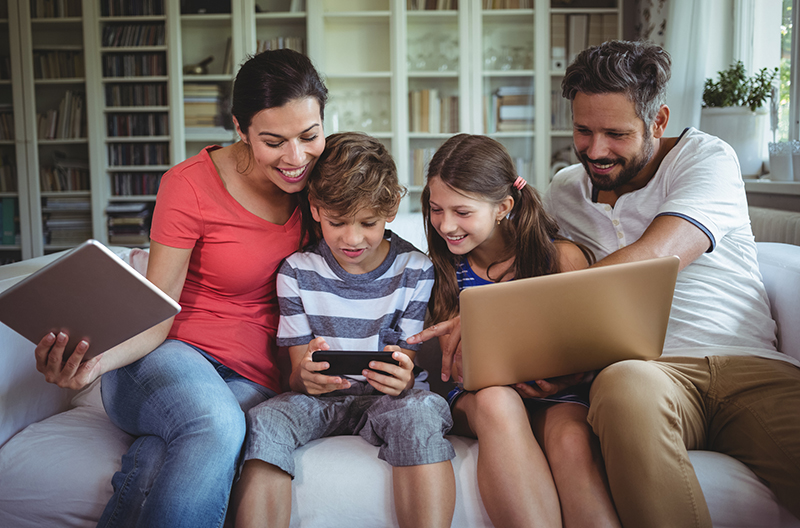 However, Gibson talks about the digital divide between young people and their parents. It’s one that is causing a rift between generations, she says.

Young people feel judged and misunderstood, particularly around their use of technology. She’s mainly speaking about teens and youth who are 15 to 24. For younger Kiwis, she urges caution around technology use and screen time.

She describes parents as digital immigrants, and their children are digital natives.

"When I was a kid, when I was reading a book, my parents might ask me what I was reading. If a young person looks at their phone, you commonly hear the complaint: ‘put down your phone’. Wouldn’t it be amazing if parents instead asked their kids what they were looking at on their devices, showing an interest in their online world, rather than fearing it?" Gibson says.

It is part of the overall disconnect between the generations, according to Gibson. She says young people are judged and examined in ways teens weren’t a generation ago. She is generally pro-social media, arguing its dangers have been overstated.

Based on her study of 400 young people, and focus groups and surveys with hundreds more, she says: "There’s a lot of emphasis on the risks of social media, but these sites also create safe spaces for young people to talk. People are talking in those online groups all the time. Even gaming can be a very social phenomenon.

"We adults are busy making judgements about kids’ online worlds. We don’t approximate the way that world is integrated into young people’s lives and their social lives."

Wellington parents Matt Tebbs and Sam Treister accept that screens and phones are an important part of their 14 and 19-year-olds’ lives. Their sons got smartphones before they went to college. Tebbs works in IT, so one of the first things he did was to set up controls to turn the wifi off at midnight.

But, otherwise, the parents are relatively relaxed. They communicate on their devices via a family messenger group, and often tap on their phones in the living room while together.

Tebbs enjoys mountain biking with his younger son, and they share YouTube clips with one another. The boys have part-time jobs, which they need phones for.

"Our kids are active and we’ve trusted them. So far they haven’t disappointed us," Treister says.

Tebbs says he and Treister are on devices themselves, so they can’t be hypocrites.

"We’d rather they were in the lounge with us on their phones, rather than them going off to their bedrooms because they’re feeling hen-pecked."

Current Ministry of Health guidelines recommend zero recreational screen time for children under 2, less than an hour a day for children aged 2-5, and two hours a day for those aged 5-17.

However, the advice about what is ideal for teens is not clear, according to Felicia Low, a research fellow at Auckland University’s Koi Tū: The Centre for Informed Futures.

Low has studied screen time. "We don’t yet know for sure what is 'ideal' – the various studies focusing on adolescents report that anything from two-plus to seven-plus hours a day is considered too much, so I think that gives you an idea of how little consensus there is," she says. 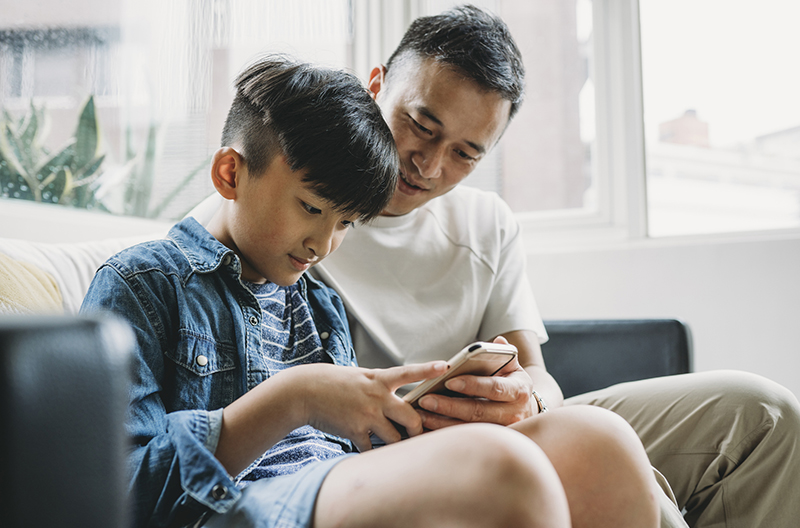 Low says adolescents need some screen time. Having none leads them to being disconnected. A blanket ban or heavy controls aren’t helpful, but parents should definitely monitor it.

Parents should use their judgement to check screen time isn’t affecting their teens’ daily life.

"Excessive screen use of any type - gaming, internet, social media - can be a problem if that starts interfering with daily functioning. Cyberbullying is especially worrying as there is strong evidence that it’s linked to serious outcomes like [suicide] attempts," she says.

"And of course teens may be exposed to, or seek out, age-inappropriate sexualised or violent content.

"But instead of ‘put down your phone’, it might be better to have a frank conversation about some of the pitfalls of being exposed to too much social media and screen time, while acknowledging that there can be some benefits."

Anne Harre was determined to lay down some rules when her daughter, Isabelle, now 17, got her first phone - a Nokia hand-me-down - at intermediate.

Harre, an author and school librarian, and her husband, gave Isabelle a list of rules in a phone contract that Isabelle had to sign. One of the requirements was that her parents could read her texts, check her photos and videos, and that she had to get their permission to download an app. Isabelle was 13 when she got her first smartphone, and her brother, Elliot, now 14, was the same age.

Another family rule is that the teens aren’t allowed phones or devices in their bedrooms. They have a charging station in the kitchen, and are only allowed their phones in communal spaces.

Harre says her kids are generally happy with the rules. They’re big readers and also busy with after-school activities.

“I’m no Luddite. But my son would sit in front of a screen all day if he was allowed to. What we’re trying to do is to teach our kids to control the device rather than to let it control them.’’

Harre thinks the online world is "a minefield"

"You can’t deny it’s part of being a young person these days, but I think parents need to set boundaries and take control as soon as their kids get phones," she says.

In her book, Gibson writes that while parents and adults are concerned about "internet addiction" in young people, it’s not much of a risk.

"It seems that for young people in this generation, digital communication is so deeply integrated into their lives that they hardly register its existence.