How to bully-proof your kids for life

Arm your kids with the right tools, and you’ll empower them against bullies – and stop them becoming one themselves. 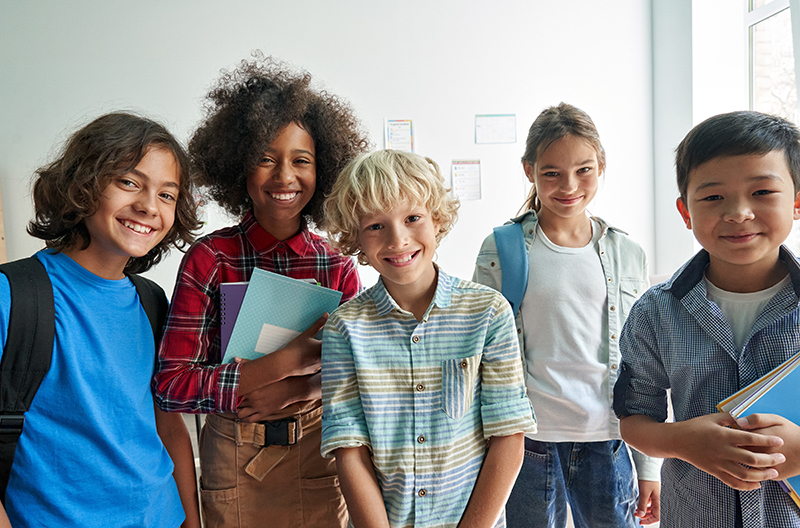 It’s a sustained pattern of aggression by a person with more power, targeting someone with less power. The key, says Stella O’Malley, author of a ground-breaking new book, Bully-Proof Kids, is that it’s repeated behaviour. But beneath this simple definition lies a complex, multilayered situation that can be exceptionally tricky to unpack. What is the power, and where does it come from? With children, says O’Malley, it’s often that they have more social status, or have been led to believe they do.
One very big issue, which she returns to time and again in her book and in our conversation, is that bullying is always about more than what’s going on with two people: the bully and the target. What about the children O’Malley calls “wingmen”, the bully’s supporters, the kids who think the bully is the bee’s knees and want to stay in their favour? What’s happening with the kids watching silently – the bystanders? Who is seeing what’s happening, when it all starts to kick off, and getting out fast? Who’s calling out the injustice? To understand bullying, you have to see the whole picture.Arm your kids with the right tools, and you’ll empower them against bullies – and stop them becoming one themselves
Because, says O’Malley, bullying is about absolutely everyone in the group, room, office or playground; even the bystanders – those who do or say nothing when bullying is taking place – because, as the German theologian Dietrich Bonhoeffer said, not to speak is to speak; not to act is to act.

Could any kid be a bully – and a target?

Yes, says O’Malley. “I’ve never met anyone who I’ve thought could never be a bully, or anyone who could never be a target. The truth is that every single one of us has our shadow side – and it’s not until we can acknowledge it that we become better people.”
Bullying behaviour in children, says O’Malley, tends to be very animalistic, with a strong instinct in many kids to join the pack. “Maybe it takes 18 years to civilise ourselves, and that’s where parents come in. There’s so much we can do to make a difference.”

What can parents do? 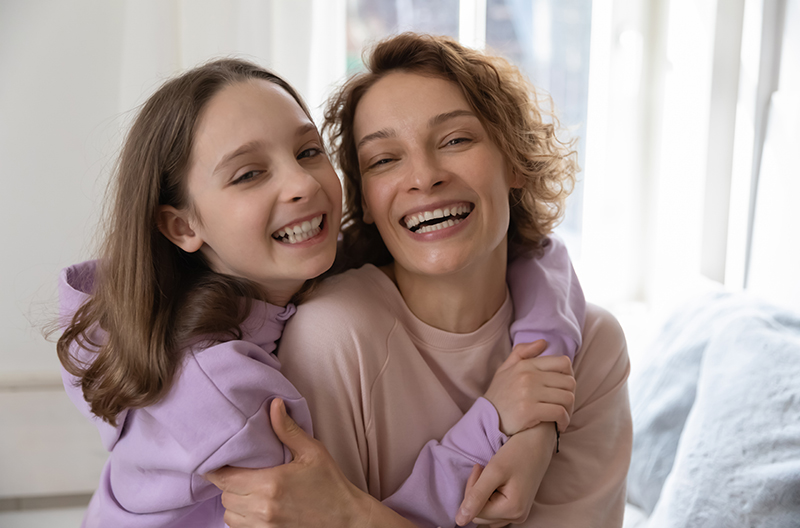 The most important thing, says O’Malley, is to pay attention to your child, so you can work out what their vulnerabilities are. You know your child better than anyone: what are their emotional needs? Do they need love and belonging, or crave power, status and recognition from others? The first of these could be a passive, gentle child who might be more vulnerable to bullying, or to being recruited by a bully to be one of their supporters. Similarly, if your child needs power and recognition – and that’s a great cocktail for success in many sectors – it can easily trigger bullying behaviour, and as a parent you need to be aware of that, and active in how you manage it.
“A kid like this has wonderful strengths, but they need to learn empathy,” she says. “If you can nurture a sense of kindness in that child, help them understand how others are feeling, you’ll be combatting their bullying tendencies. Every child, every human being, has their flaws. Bullying has become demonised, but children can easily tip into it, and we need to help them out of it.” And the good thing, says O’Malley, is that it’s relatively easy to help a primary-school-age child out of being a bully. “They’re primed to be told how to behave, and they can learn to be different.”

What if the parents are bullies themselves?

Sometimes you come across a family where everyone is a bully: the parents, the older siblings, who bully the younger kids, and the younger kids, who bully others at school. These families are very difficult to help; but they’re also quite rare. What’s much more common is individualistic behaviour by parents that could set their child up to be a bully.

“One of the biggest gifts a parent can give their child is the skills to handle tricky people.”

What sort of behaviour should I look out for?

There’s a certain sort of kid, warns O’Malley, who goes to school with a supercilious presumption that they’re better than the others. Make sure your child isn’t that child: the idea that your offspring is inherently smarter, better looking and more skilled across the board, is, in fact, a facet of your own dark side – and transmitting it to your child will lead to big problems.
The much better approach is to think from the point of view of other children, and to encourage your child to do likewise. “When asking your child about their day, don’t just ask about lessons and what they had for lunch,” says O’Malley. “Ask them, did everyone have a friend at playtime today? And if they say someone was left out, ask them did they give that person a smile, or go to ask whether they wanted to play?”
O’Malley prefers the term “tricky people” to “bullies”, and the truth about tricky people is this: they’re all around, and they’ll continue to be all around, right through your life. One of the biggest gifts a parent can give their child, O’Malley believes, is the skills to handle tricky people. “It’s not about being big; it’s about being clever,” she says. “It’s about your strategy, it’s about how you deal with these people. If you teach your kid that some people are pure evil, and will beat you, it’s not empowering. But if you teach them to recognise the tricky person, to be wary, to work things out around them: that’s empowering. You’ve taught them something massive.”

There is another group and it’s one O’Malley wants to emphasise: the upstanders (she’s one herself; indeed her book is a kind of upstanding writ large). “The upstanders weigh in. They’re wired to weigh in – even when it’s nothing to do with them,” she says. “They can be really annoying people, actually.”
But upstanders deflate the bully or bullies and the important thing to realise, and to make sure your child realises, is that it can be a very subtle role. “If you’re on public transport and someone is giving someone else racial abuse, even by just making eye contact with the target, and giving them a supportive look, helps reduce the bullying. Crossing the carriage to stand by them, maybe engaging them in conversation about the journey or the weather, will help reduce the power of the bully.” O’Malley’s mantra is to embrace the role of the upstander – and in schools in particular, she thinks nurturing an upstanding culture would make a huge difference.

Has digitisation changed the nature of bullying, or has it merely given it a new arena? 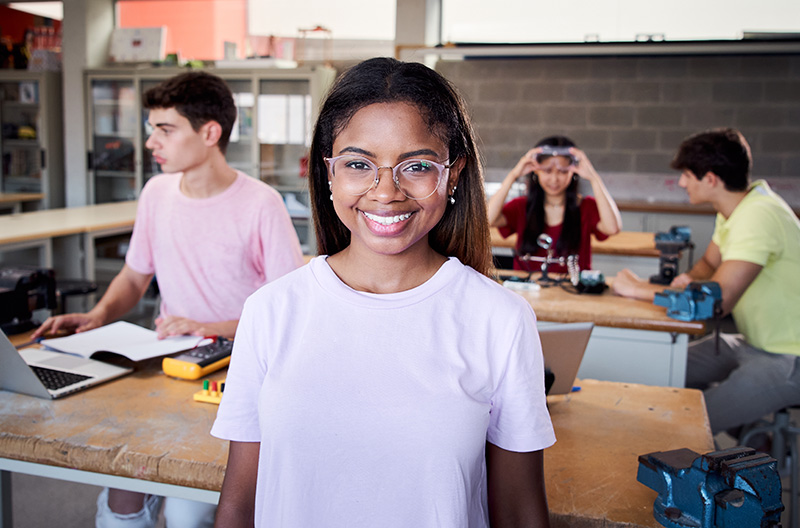 Bullying in the digital age is the same as the old, says O’Malley, but there are important differences. First, the digital world has created a much quicker path to the dehumanisation of the target – and dehumanisation is the horror we are trying to avoid.
It’s very hard, says O’Malley, to bring a child back from being dehumanised: which is why she advises that, if you feel it’s happening to your child in any setting, and if the school or authorities aren’t working with you urgently to tackle it, you need to get the child out quick.
But digitisation is already working to dehumanise people: huge swathes of social media, for example, are about creating a vision of someone who’s very far removed from the person they are in real life. On social media, celebrities can give the aura of being so successful, so good-looking, so much the inhabitants of another universe, that it’s easy to turn on them. The tragedy of Caroline Flack is one example O’Malley gives: “We’ve created a culture where to press ‘like’ makes you part of the mob, makes you a bystander. We need to be a lot more conscious of that.”

Can anything good come of bullying?

Absolutely, says O’Malley. Bullying is unpleasant, but it happens; and working out what’s going on, and going deeper into our own roles and our children’s roles, is a character-enhancing exercise. “Whether your child is the bully or the target, the bystander or the wingman, they can learn from it, and they can come through. Being on the receiving end of bullying is a traumatic situation, and like all trauma you can come out of it stronger, especially if you have good support. It can make a bigger person of an individual. It can give them a view of the human condition that they didn’t have. And learning to manage it can lead to a better understanding of the tricky people who your child will go on encountering right through their life.”