As you know we have been very busy creating each new edition of SchoolTV and we are now planning for the next series. We talked to some of our users to get their thoughts about SchoolTV. We asked them how they use it, what their parent community is saying and what topics or features they would like to see in the future. This video is a synopsis of what they said. Below you will find the full versions of interviews.

Keturah is the Coordinator of Pastoral Care at Nowra Anglican College and is responsible for coordinating all aspects of student Pastoral Care in Years 7 to 12 . She also provides leadership in managing and developing the Pastoral Care program at the College. She has 18 years’ teaching experience and a particular interest in Christian Education and Positive Psychology.

Margie works full time in the not-for-profit sector. She has three teenagers, 2 girls and a boy, in Years 12, 10 and 8. Her eldest daughter is in Year 12 and studying the International Baccalaureate and has high expectations. Her other daughter is in Year 10 and is artistic, the complete opposite to the other daughter. Her son is in Year 8 who is very active but also loves computer games. Margie feels that pressure is a big issue with teenagers. Pressure to achieve at school, fit in, socialise, etc. A lot of this stems from the peer groups. Knows of many Year 12s that are having anxiety attacks.

Dr Deborah Trengove is the Director of Pastoral Care at St Leonard’s College. She is also the Senior School psychologist and counselling team leader. Deborah began her career in education as a secondary mathematics teacher. She returned to study to undertake a Masters Degree of Educational Psychology and later on, completed a doctoral thesis on adolescent self-discipline. Deborah has worked in a number of schools, in both the government and independent sectors. She has also undertaken some research work and wrote a column for parents in a well-known women’s magazine.

Professor Bronwyn Kingwell is a National Health and Medical Research Council (NHMRC) Senior Principal Research Fellow and at Baker Heart and Diabetes Institute (Melbourne) is head of the Physical Activity Program and the Metabolic and Vascular Physiology Laboratory. She is also a graduate and fellow of the Australian Institute of Company Directors. She has adjunct Professorships at the University of Melbourne, Monash University, James Cook University, the University of NSW and the University of Pierre and Marie Curie in Paris.

SchoolTV acknowledges the traditional owners and custodians of the land on which we work as the first people of this country. We commit to embracing diversity and eliminating discrimination across all areas of mental health and wellbeing. We welcome all help-seekers and strive to create a safe place for all people, irrespective of their size, shape, age, abilities, gender identity, sexuality, cultural background, language, economic status, profession or location. 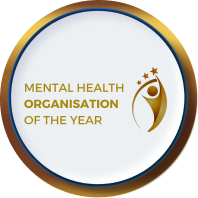